For as long as I can remember, I have been drawn to animals.  If asked when that love began, I would be hard-pressed to come up with an answer.

Could it have begun with my childhood Boxer named Brandy, on whose jowls I would tug mercilessly while giggling like a Hyena as she patiently watched me with her saucer-like eyes in adoration?
Or was it the hours I spent in front of the TV watching Lassie save any number of animals from the perils of “the well”, only to come leaping through Timmy’s window at the end of the day, her “work” complete?
I can’t tell you where it began, but what I can tell you is that I LOVE ANIMALS. I swoon over animals the way many people coo and fuss over a rosy-cheeked, talcum scented human bundle being wheeled in a baby carriage. But what kind of animal person am I?
When asked if I am a cat person or a dog person, I would have to reply that I have qualities of both. I possess qualities of other animals that make me an ANIMAL person, not specific to one kind of animal!
I remember a Teddy Bear Hamster that I had in college named “Cooch.” I loved that hamster with the same kind of love that I have for my cat and my dog. It was no different.  Cooch was a living, breathing creature that gave me hours of pleasure just watching him go about his daily hamster routine. The pain I felt when he left for the vast Hamster Heaven in the sky hurt the same as it would if any of my other pets were to leave me. 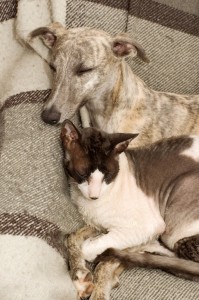 The stereotype of “cat person” and “dog person” has grown to reference personality traits as well as animal preference. When asked if my personality is more cat-like or dog-like, I would say neither!  I have traits that are “animal-like”, and if you think long and hard enough, I am sure that you do too.
I have the: 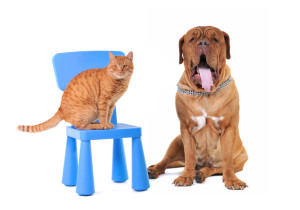 There is nothing more that I love than
This week is PET APPRECIATION WEEK, it saddens me to think that we devote just one week to this important event. To me, PET APPRECIATION WEEK should be EVERY WEEK! Our pets ask for so little and give us so much.
All they want is:
What they give us in return is unconditional love.
Let’s not define ourselves as cat people or dog people. Let’s all be ANIMAL PEOPLE! I don’t care if you have a ferret, a python, a turtle or a rabbit; a creature has wiggled, galloped, flew, hopped or swam its way into your heart. You are loved and needed by those beautiful creatures that are in your care. They ask for so little, but they give so much.  Let’s lose the “Cat People” and “Dog People” labels and be ANIMAL PEOPLE!
We are pleased to have Caren Gittleman as a guest writer for If They Could Talk. Caren is a Professional Pet Blogger/Freelance Writer. She and her cat, Cody, write Cat Chat With Caren & Cody http://opcatchat.blogspot.com She also writes Dakota’s Den with her Shetland Sheepdog, Dakota http://www.dakotasden.wordpress.com.
Posted in General Pet Parenting, News and tagged animals, Caren Gittleman, cat, cat person, Dog, dog person, Morris Animal Inn, pet appreciation week, pet love, Pets

DAILY MAIL IN THE UK