As you know, dogs are amazing, have good intuition, and are very in-tune with their environment. They can understand your feelings, and the dynamics of people around them.  With their amazing senses, dogs are able to detect small changes in their surroundings that can help them predict events before their human companions! Here are five occurrences that your dog can sense: 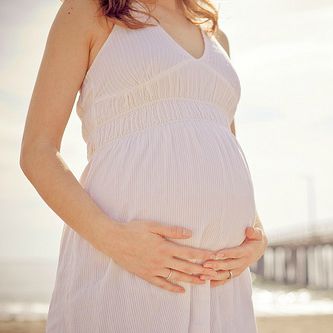 Labor. Is there a new member of the family joining you soon? There have been documented reports of dogs predicting the onset of labor in pregnant women by following them around and staying by their side. Experts believe dogs know to prepare for their new sibling by sensing the physical transition of the pregnancy or the woman giving off a “labor scent”. 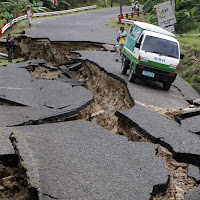 Earthquakes. According to history, records in ancient Greece show dogs fleeing the city of Helice before a tragic earthquake. China also has stories of dogs showing signs of distress before earthquakes. Scientists believe that a dog’s hearing is so perceptive that they can hear rocks crumbling under the grounds surface. Others believe that dogs can feel the activity underground through their paws. 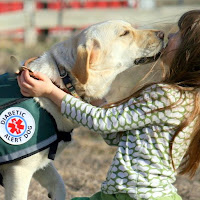 Illness and Cancer. Just like seizures, many dogs are trained to sniff out cancer or alert diabetics when their blood sugar is out of balance. It is found that humans give off faint odors of illness, too subtle for another human to detect. Yet, with dogs’ amazing sense of smell, they may sniff out something that may be off in the human body.  If a dog is sniffing a particular area on the owner’s body obsessively, maybe a visit to the doctor should be taken! 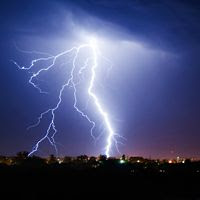 Storms. Similar to earthquakes, dogs can sense something is changing in their environment. Storms create an electromagnetic force that dogs can sense before the storm hits. Dogs also use their amazing sense of hearing and can possibly hear thunder rumble from several miles away. A dog’s sense of smell is over 40 times better than that of a human and most likely can smell the electrical current in the air. 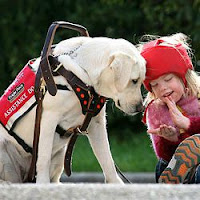 Seizures. Some dogs are specifically trained to be seizure alert dogs. These dogs are taught to alert their owners before an impending seizure, lying on top of their owners during the seizure and summoning help when they can. Even if a dog is not trained, they instinctively know what is going to happen, but experts have yet to understand how they sense this!

A dog’s abilities are truly unbelievable. Next time your dog is acting a little out of the ordinary..pay attention! They may be trying to tell you something is about to happen!

DAILY MAIL IN THE UK